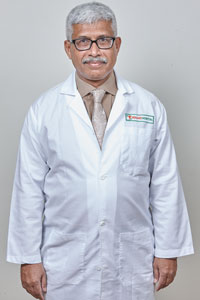 Dr.  Kibria has over 20 years of experience as an Orthopedic Surgeon with expertise in the management of general orthopedic trauma, specially hand injury and brachial plexus injury and has performed the highest numbers of adult brachial plexus repair in the country with good results. Before joining Square Hospital, he worked as Consultant, Orthopedics at a corporate Hospital in Dhaka.

Now he is consulting patients as a full time Consultant of Orthopedics  in Square Hospital .